There are many possible reasons which can prevent a rolling gate in New York from working properly. One of the most common reasons, one that we are dealing with almost on a daily base while servicing industrial rolling gates in NYC is a busted spring. In most cases, the person who try to use the rolling gate, find that it is difficult to open up the gate, and in many cases it is even impossible to do that. The next thing the store owners do is to go and buy grease, thinking that greasing the gate is going to solve all problems. The thing is that using grease to try and make a rolling gate with a broken spring work is like trying to make a car with no engine work with adding more fuel to it. It just won’t make vehicle work.
The next thing he does is to search for a company who offer industrial rolling gate services New York. When the rolling gate owner call, and being asked what is wrong with the rolling gate or the door, he answer that he need an expert to service the door, since it is impossible to open it. When we arrive, we find many times that someone tried to repair the gate by over greasing it, or by trying repeatedly to open the gate using the gate operator, and it usually end with no success. The reason is that there is one solution to a rolling gate with a broken spring, and it doesn’t matter if it is a rolling gate in Manhattan New York, or busted roll up gate in Brooklyn, there is a need for a new spring, or – in some cases – there is a need to repair the broken spring.

When the spring is busted, there are two ways to solve the issue: The recommended one is to replace the spring with a new custom made spring. The second, which we consider only as temporary repair and usually doesn’t last for long (And also not always possible), will be to fix the broken spring. And here might be the right time to declare something about a busted rolling gate: the same as overhead door, or garage gates, using a rolling gate when the spring is busted is dangerous, and should be fixed by a qualified repairman.
You need to understand one thing about commercial rolling gates: Even if it is a motor operated rolling gate, what makes it easy to open up and close the gate is not the electric operator, but the spring. When the spring break, the motor need to replace it in opening the gate, and this is something dangerous. It can be a busted torsion rolling gate in New York City, or industrial overhead garage door, when the spring is broken, the gate is off tracks, or anything else that prevent the rolling gate from working safely, it should not be used.

The spring broke, what now?

Before you go and try to “force” the rolling gate to work, first you need to make sure that the reason the gate is stuck and can’t be opened is indeed a problem with the spring and not something else. In case the spring is busted, you will need to hire a local gate company in New York who specialize in industrial rolling gates. On of those companies in New York City is Doctor Gate, which offer emergency rolling gates services in New York.
If you will choose to ignore the problem, the gate will get stuck in a way that will prevent you from using it. In the worst cases the gate can collapse, since the tension of the spring that hold the gate in place does not exist anymore. In that case you will need emergency rolling door repair service, and since the springs are custom made, you will need to wait for us to return with the spring for the gate.

Where can I get a rolling gate spring?

The springs of the rolling gates is not something you can simply go to the nearest hardware store and get them. Each rolling gate in New York require its own size of spring. It can be torsion spring or push up spring, the springs are created for a specific gate! The steel spring which will fit a rolling gate in New York, might not be the right spring for a rolling gate in Queens. A qualified rolling gate technician have the ability to measure the gate in a way that will make sure that the right spring will be manufactured for the gate. Using the wrong spring can end with 2 things: It will not make the gate operable again, and second: It will be dangerous to use the gate.

Can I install the new spring myself (DIY)?

Unless you are a qualified rolling gate repairman, you should not try and replace the broken spring by yourself. It is dangerous and unsafe. Assuming that you were able to purchase the right spring for the rolling gate (Close to impossible in case you have no previous knowledge about rolling gates in New York, since just to measure the gate require knowledge) replacing industrial rolling gate spring can be risky. There are heavy duty gates in NYC, and there are parts that can be dangerous. Just think about a commercial gate with a busted spring, the tension of the spring is enormous, and misuse of the spring can lead to serious injuries.
What you need for spring replacement: 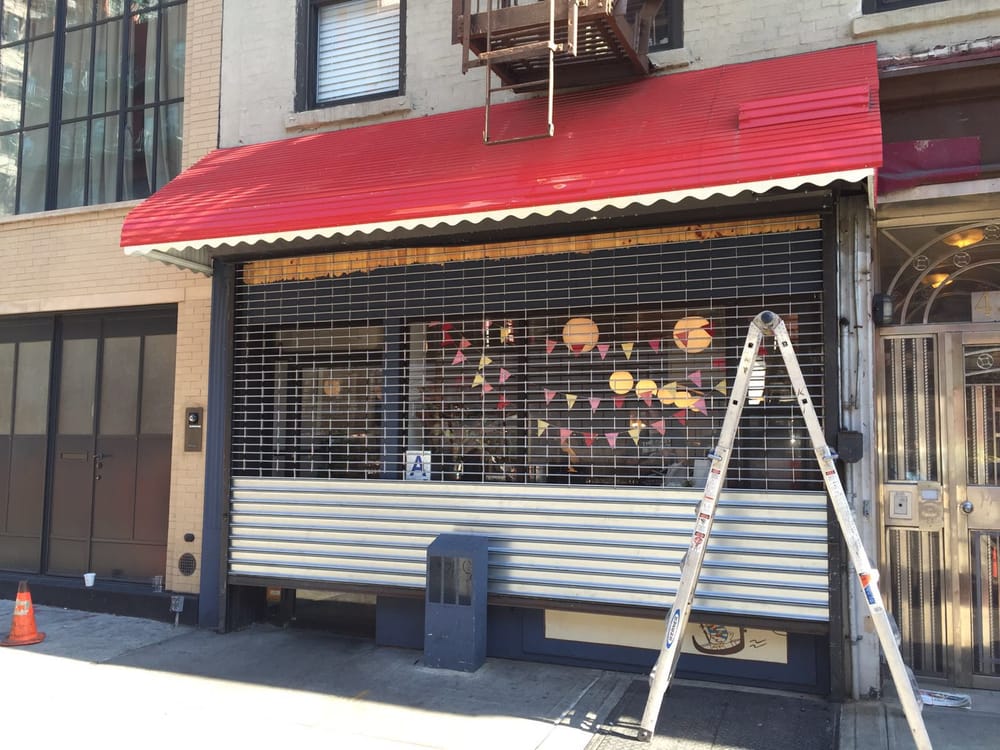 What type of spring there are in New York?

Can the gate still be used?

Yes, although the spring is broken or weak, it might still be able to open the gate. But, USING ROLLING GATE IN New York with broken spring is dangerous!! Using the gate with a broken spring will eventually lead to a broken operator as well. Not to mention the risk you are taking when you are using a gate with a broken gate. The best thing you can do is to contact a gate serviceman who service New York to come and fix the rolling gate and replace the spring, so the gate will be safe for use again.
It might look tempting to go on and use the gate although the spring is broken, thinking that you only use the gate once in a while, so why should you invest in replacing the spring. But here come the problem: Many business owners in New York wait and delay the repair until it is too late, and the gate is completely stuck. Now when the gate is stuck few things can happen:

We service industrial gates and overhead doors in New York. You might be in need for gate repair in Queens, or for emergency gate repair in Manhattan, Doctor Gate will be there for you. Servicing rolling gates in New York City is what we do, and we like to think that we do it best. With our same day service, and since we have the ability to repair most gate issues on the spot, we will be there for you today. Need the service ASAP? We are here. We are ready to service in type of roll up door in New York: From garage door repair in Staten Island, to roll down gate in Brooklyn, to overhead door in the Bronx, or storefront gate service in NYC, Doctor Gate are here for you. Get in touch with us for same day service.